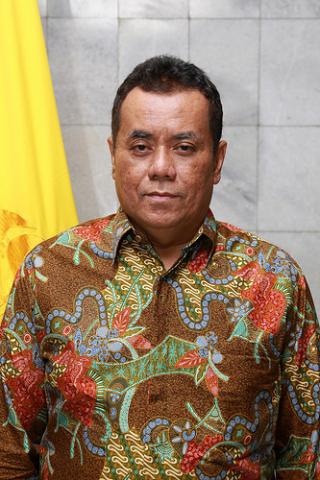 Ari Kuncoro obtained his bachelor degree in economics (monetary economics) from Faculty of Economics and Business, University of Indonesia (FEB UI), master of arts from University of Minnesota and Ph.D degree in Economics from Brown University. He started to work at LPEM FEB UI in 1986 as research assistant and in 1994, he is promoted to Senior Research Associate at Institute for Economic and Social Research (LPEM FEB UI). His research interests are development economics, urban economics, econometrics and industrial organization.

Before he has been appointed as Dean of Faculty of Economics and Business, University of Indonesia (FEB UI), he was active at LPEM FEB UI doing a broad range of research activities. In the past he has held position as secretary of Graduate Program of Economics, University of Indonesia and Associate Dean for Academic Affairs of FEB UI. He is a prominent scholar with international reputation. Ari Kuncoro has published academic articles in peer-reviewed journals such as Journal of Political Economy, Bulletin of Indonesia Economic Studies, Economics and Finance in Indonesia, and World Bank Economic Review.