Policy Research Network (PRN) is an inter-institute research network which has focused on evidence-based research or evidence-based policy research. These studies are aimed to influence government policy. PRN was established on January 29, 2013 in a formal meeting attended by institutions which received grants from ProRep (Program Representation)-USAID. The establishment of PRN was motivated by the idea that a formal cooperation is needed among research institutions.

The main objective of PRN is to be a think tank which can facilitate its members through collaboration among institutions in the network in the future. Currently, PRN is consists of five big famous research institutions, namely: CSIS (Center for Strategic & International Studies), IRE (Institute for Research and Empowerment), LPEM (Institute for Economic and Social Research), PPPI (Paramadina Public Policy Institute), and WRI (Women Research Institute). As for now, LPEM FEBUI is appointed to provide a homebase for PRN Secretariat.

In particular, there are three missions that PRN wants to achieve, as follow :

In the future, PRN is expected to grow continiously and become a strong independent research network in Indonesia. PRN membership is also expected to increase in order to expand its research coverage area and widen its network for producing better quality of policy research.

To achieve its objectives, each of PRN members performs several activities, such as providing access to empirical data, public documents, and publications; conducting joint activities in the form of conferences, seminars, workshops, and others, and advocating their policy recommendation together. 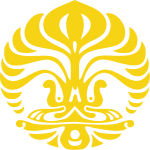 Since January 2013, LPEM FEBUI has been doing policy research about Forest Resource Utilization: Economic Perspectives, Environment, and Public Finance and the its implication on the draft of Fiscal Balance Law. This study examines the relationship between deforestation with decentralization, especially its relationship with UU No.32 Year 2004 on Regional Government, UU No.41 Year 1999 on Forestry, and UU No.33 Year 2004 on Fiscal Balance. One of interesting findings is that decentralization leads to higher deforestation. Recently, this research activity is in the process of writing policy briefs.

To support this policy research, various activities has been carried out, such as in-depth interviews with Mr.Taufiq Effendi (Vice Chairman of Commission II of House of Representatives), Mr.Firman Soebagyo (Vice Chairman of Commission IV of House of Representatives), and Mr.Bobby Adityo Rizaldi (Member of Commission VII of House of Representatives), government agencies at the central level (Ministry of Forestry and Ministry of Finance), provincial and district agencies (Local Parliament, Bappeda, Forest Local Office, Revenue Local Office and Environment Local Office), and Focus Group Discussion (FGD) with central government agencies, Civil Society Organization (CSO), and academic society. Katingan and Seruyan District (Central Kalimantan) and Berau and Kutai Barat District (East Kalimantan) was chosen as the area of ​​the survey since they receive forestry revenue sharing in a significant amount. The research results had been presented at a dissemination seminar which was held on August 22, 2013 at the Century Park Hotel, Jakarta. On that occasion, Mr.Firman Soebagyo was present and give a presentation about Challenges on Amendment of UU No.41 Year 1999 on Forestry. 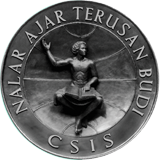 Researcher from CSIS discussed about “The Relationship between Politicians and Their Constituent”. This research study suggest that two functions of House of Representative (legislation and representation) are encountered problems. As a representation function, it is not maximized to generate political process with higher transactional cost and lower confidence level as a democracy base. Politicians and their constituen have contradictory in perception by each other.

This research uses etnography-shadowing and in-depth interview method with a number of popular politicians like Mr.Marzuki Alie (Democratic Party), Mrs.Wanda Hamidah (National Mandate Party), Mr.Budiman Sujatmiko (PDI-P Party), Mr.Tony Wardoyo (National Rising Party), Mrs.Nurul Arifin (Golkar Party), and others. To asses the study in terms of constituents, they conducted face to face interviews in 31 provinces (Papua and West Papua are not included in the survey because the situation is not conducive), which was held from 9 to 16 April 2013. The total sample is 1,635 respondents. In addition, it also held focus group discussions with voters in abroad (Taipei, Hong Kong).

3.      Institute for Research and Empowerment (IRE)

Research which was conducted by IRE suggest some findings as follows : First, public are enthusiastically to choose DPD in national election but many of them do not know about its function. Interestingly, the participation rate is relatively higher but does not correlate with public knowledge of DPD functions and duties. This enthusiasm in selecting DPD members is not comparable to society knowledge about the functions, duties, powers and institutional of DPD. Political communication which was used by the senators using procedural mechanisms, working visit and recess, through face-to-face dialogue, seminars or attending the cultural religious events. While the political process for accomodating local issues to the national level, DPD has not had a formal communication patterns.

WRI conducted research which entitled “Representation of Women in House of Parliament and Law of Gender Equality Justice” is motivated by imbalance composition between women and men in House of Parliament in its correlation with policy making process. The increase of women’s representation in house of parliament has not influenced the direction of public policy process yet. Therefore, The Law of Gender Equality Justice is expected to be a priority in order the representation of women in national parliament will be increased by descriptive and substantive.

For collecting qualitative information, WRI conducted in-depth interview with 22 members and 1 former member of House of Representative in May – July 2013. The purpose of this activity is to capture the pattern of representation by gender in the house of representatives, to know the challenges and barriers to increase women’s political representation, and to know the opinion of members of House of Representatives about gender-responsive policies that already exist. WRI also conduct FGDs with CSOs in Jakarta, Makassar, and Surabaya in October 2013 to confirm their findings which are derived from in-depth interviews and surveys. These three cities were chosen based on the number of women’s political representation in the 2009 elections and the diversity of CSO. On December 2, 2013, WRI with Prolegnas Pro Women’s Network (JKP3) visited Golkar party fraction to conduct hearing session about Law of Gender Equality Justice. Three members who welcomed WRI were Mr.Sayed Fuad Zakaria (Commission VIII), Mr.Tetty Kadi Bawono (Commission IV), and Mrs.Hetifah (Commission V).